You know the names, now meet the men 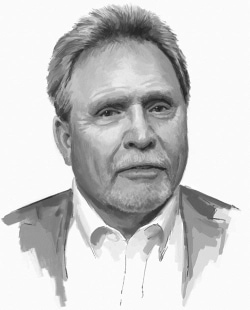 Jerry was the founder and CEO of HRN Management Group (HRN). Initially founded in 1989, HRN grew from a small local HR company to an internationally known consulting firm totally more than 3,000 domestic clients (located in every state) and within virtually every industry.

Jerry pioneered and developed several on-line HR products that remain frontrunners in the market place to this day; Performance Pro, HR Suite, Job Descriptions Plus, Succession Pro and in concert with Clinton Koker, Compease. Jerry has worked extensively with Executive Management teams and Boards in developing and implementing strategic compensation and management systems to affect their journey in becoming high performance organizations.

Jerry has a Bachelor’s degree in Political Science (1974) and an MPA Degree (1976), both from Brigham Young University, where he was a member of the Executive Committee. He is a graduate from the Stonier Graduate School of Banking (1988) and has served on the faculty of Westminster College as an adjunct professor. 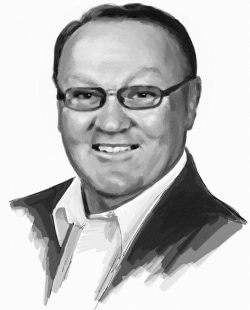 With more than forty years of experience in the financial services industry and having held senior management positions in state and national trade associations and credit unions, his is a broad-based perspective reaching to board governance, team leadership, CEO appraisal, score carding, succession planning, mergers, and the alignment between executive compensation and organizational strategy.

John also founded the ProCon Group Ltd., now in its twentieth year of serving a client base comprising over forty percent of credit unions with a billion dollars or more in assets.

A founding member of the Filene Research Institute, he was instrumental in the development and publishing of the report on Board Responsibilities and Work Styles in Effective Credit Unions. He has authored a variety of articles on strategy, the balanced scorecard and governance.

John earned his master’s degree in management from the Claremont Graduate School – Peter B. Drucker School of Management Program, working directly with Drucker on topics of executive management. He is a former board member of the National Credit Union Foundation. 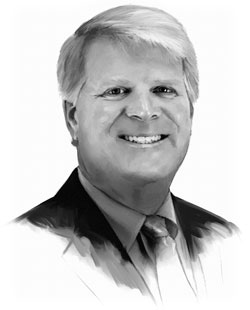 Mike Higgins, Jr. has been consulting exclusively with credit unions and banks since 1998. He is a founding investor in a 2007 startup business bank in southern California that consistently performs in the top quartile nationally. He started his consulting career with Deloitte in 1993 after earning his MBA at the University of Kansas. Mike’s primary areas of expertise are performance management, performance-based compensation, board education and strategic planning to maximize member value. Mike is also a Filene Applied Research Advisor. He has presented at numerous Filene and CUNA sponsored events and participated in the inaugural Center for Performance and Operational Excellence Colloquium at Stanford University. His client list includes top performing credit unions and banks in both the United States and Canada.